Journey from Pen to Play: Meet Hersh, Member of the Bonfire Writer’s Cohort

Journey from Pen to Play: Meet Hersh, Member of the Bonfire Writer's Cohort

Meet Hersh Powers, member of both Penguin’s Writer’s Cohort and Seattle Rep’s Collective Playwrighting. Hersh, who has a strong background in dance, joined the cohort for more peer feedback after experimenting with filmmaking during the pandemic. His short play, along with five others from our teen writers, will premiere Sunday at 4 PM for our Bonfire New Works Festival. We sat down to discuss Hersh’s play, future aspirations, and the thrill of being a part of a young, creative cohort.

Katrina: First off, tell me about your piece. What are you writing for the Bonfire Festival?

Hersh: I’m writing a script called The Sasquatch Society. It’s about two kids, Edward and Kate, who are part of a club dedicated to discovering urban legends located in the Seattle area. We follow them as they work through conflicts, fight for control, and grow their friendship.

Katrina: That sounds exciting! What inspired you to write The Sasquatch Society? Is there anything you hope your audience will take away from it?

Hersh: I really wanted to write a fun piece that involved middle-schoolers. I think that [when I was] a middle-schooler, I deeply desired to be seen as a professional and to be taken seriously. I was crushed by the word “cute”, and disappointed when people treated me like I was a kid. I created this piece with the intention of exploring that feeling—the feeling of wanting to prove yourself. Everything else naturally flowed from there.

Katrina: Where do you see this play going after Bonfire is over?

Hersh: I hope to keep writing more material with these characters, and potentially create a mini-series elaborating on what I’ve written so far.

Katrina: I’m excited to see it this Sunday! What got you interested in Bonfire? How did you go from actor to writer?

Hersh: I’ve always loved theater. When I was three, that meant putting on puppet shows with my legos and 18-hour renditions of Annie. As I grew up, I started acting professionally and loved all the scripts I got to work on. And then, COVID happened (dun dun DUNNN)! It kind of threw a wrench in everything. And I had nothing to act in because everything shut down. I decided that if I wanted to be creative, I would have to be somewhat self-sufficient. I started writing short films and other projects that I found myself interested in. I wanted to get feedback from my peers and be able to see the amazing things that they were making.

Katrina: I’ve also heard you have a huge background in dance—what has been your experience with that?

Hersh: I started taking ballet when I was five years old, started learning hip hop at my elementary school, and then went to Seattle Academy of Arts and Sciences, which has an amazing dance program. It allowed me to branch out into other forms of dance, like jazz and contemporary.

Katrina: Has dance influenced your work in theater at all?

Hersh: I think that dancing has given me a greater appreciation for music. I always look for music that mirrors the intended energy of a scene I want to make, and I then emulate the music in my writing. Music has improved the clarity of tone in scripts I write, and made the process a lot more fun!

Katrina: What are you working on with the Rep Collective Playwrighting? How does the group writing experience differ from individual writing?

Hersh: The collective playwriting has been such a fun experience. We’ve made some longer and more ambitious pieces in that group. We started off making a musical about a devious squirrel that hides its walnuts in a truck, and the angry mob of townspeople prompted to revolt. Now, we’re writing a play about a high school bathroom, examining the intersection of private and public spaces, and of how so many people can have completely different relationships to space and other people.

Katrina: It sounds like a unique opportunity to bond with other writers! Do you have a favorite memory from the Cohort or Collective?

Hersh: I think that one of my favorite parts of this cohort is the exercises we’ve done. It’s allowed me to be creative and take risks with the challenge of limited time. I’ve written an advertisement for sporks, a scene about a poet questioning the value of truth, and a script about a scheming caddy. The idea of putting pen to paper and just writing whatever comes to mind, regardless of judgment, has been really empowering. I’m really appreciative of that mindset that the collective and cohort have taught me.

Katrina: Is there anything else that readers should know about your play?

Hersh: I’m really excited to see actors read this piece, and see what the team does with it—and I’m excited for people to see it!

Seattle Rep and Penguin Productions are joining forces for an exciting showcase of new work by teen artists. Join us for an hour of passionate storytelling and engaging discussion with the next generation of creatives, Sunday Dec. 12 at Seattle Rep’s Poncho Forum, 4 PM. See Hersh’s piece, along with 5 other youth-written, youth-directed plays from our Writer’s Cohort.

Capacity is extremely limited, so make sure to reserve your spot at the button below. 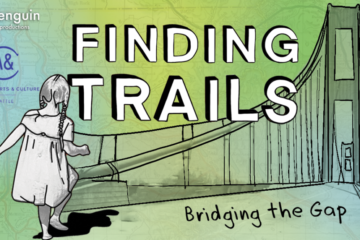 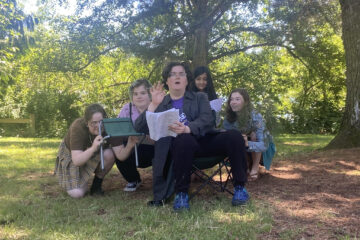 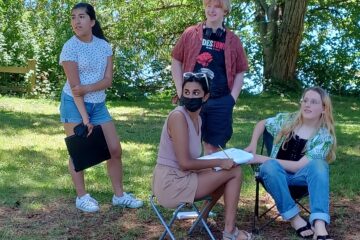